The subject of my sermon today will be Motörhead, and, as may be deduced from my title, herein I will also be concerned with the topic of genre. When Motörhead began putting out records, there was often a bit of confusion as to whether they should be shelved as punk or heavy metal, but the general consensus ever since, to the best of my knowledge, is that Motörhead is basically a heavy metal band. This, however, is a consensus that, to the extent that the label as I understand it has any real implications besides a certain similarity in sound to other similarly labeled bands, I would prefer to dissent from, preferring to categorize Motörhead simply as—you guessed it—rock & roll. In doing so, I will be in good company, since Lemmy himself—to the woefully uninformed reader, that’s Ian Kilmister, the bass player, singer, and chief songwriter of the outfit—in scores of songs and interviews has never referred to his style of music in any other way, as far as I know. 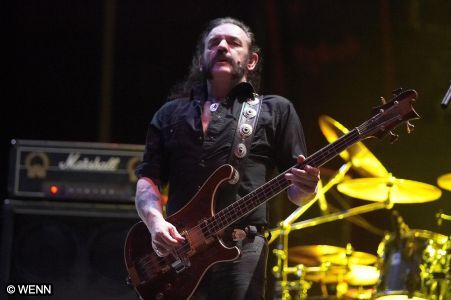 First, heavy metal. There is no doubt that Motörhead has had an immense influence on the development of the genre; their 1979 song, “Overkill,” with its pounding double bass drum, repetitive riffing, and gruff vocals, probably single-handedly pioneered speed and thrash metal, although that’s admittedly not the informed opinion of a metal connoisseur, so I may be wrong. In any case, “Overkill” provided, both lyrically and sonically, the template for a good many self-referential metal anthems to come, among the more successful of which may be counted “Whiplash,” “Hammerhead,” “Battery,” “Heavy Metal Daze,” “Rattlehead,” and “Bonded By Blood.” But the first thing I want to mark is the difference, and a comparison of some of the lyrics of “Overkill” with those of Metallica’s typically turgid knock-off “Whiplash” seems like a good place to start.

“Overkill” starts simply enough, as if Lemmy is trying to avoid really saying anything, but of course the song has to be heard and not merely read:

Only way to feel the noise is when it’s good and loud
So good, I can’t believe it, screaming with the crowd
Don’t sweat it—get it back to you.

The emphasis here is on joy and release, which is exactly what the music provides. On the other hand, James Hetfield sings in almost the exact same cadence:

Bang your head against the stage like you never did before
Make it ring, make it bleed, make it really sore

Aside from the clumsy, apparently unintentional hilarity of “make it really sore,” the thing to be noted here is that the lyrics identify a fundamental problem with the music—it’s not intended to make you feel good, just to send you into a pointless frenzy. Whereas Lemmy wants to make you move, Hetfield sends you to the ER with a really embarrassing story.

What I want to identify here—and I do not intend to confine my argument to lyrics, it’s just that it’s all conveniently laid out there—is a fundamental aesthetic difference. And it’s not just a question of style, but also of attitude—heavy metal lyrics are rife with ridiculous posturing, whereas the best Motörhead songs manage to create a little distance between the singer and the posture, a moment of humanity for which most heavy metal lacks the courage. Again, here is “Whiplash”:

Now’s the time to let it rip, to let it fuckin’ loose
We’re gathered here to maim and kill ‘cause this is what we choose

Really? Next, another verse of “Overkill.” Note that, in terms of meter and length of line, these songs could trade lyrics:

On your feet you feel the beat it goes straight to your spine
Shake your head, you must be dead if it don’t make you fly
Don’t sweat it—get it back to you.

Lemmy wants to make you fly, whereas Hetfield wants to send you to jail, the hospital, or the morgue. Or rather, anyone capable of taking Hetfield’s lyrics seriously would say that, which pretty much rules out anybody over the age of 17. Lemmy, by comparison, only asks the listener to have fun, and the song immediately delivers on what he asks. The music performs what the lyrics are talking about, whereas “Whiplash” is pure, inarticulate fantasy, and not very much fun to boot (unless you’re pretty drunk, anyway).

Indeed, the posturing of most heavy metal lyrics, which complements the wooden feel of the music, shows up poorly in contrast to the irony, humor, love, sympathy and joy that pervade the words and music of Motörhead. A case in point is “Shoot You In The Back,” off 1980’s Ace of Spades. The song tries to impart a lesson about life by identifying the singer with a western outlaw. But the key moment comes at both the beginning and end of the song, when Lemmy announces that this is all happening “in the Western movie.” Rather than blustering about how deadly he is, Lemmy brings the song home by reminding us it’s about a common experience, not an invincible rock star. He acknowledges that he is no more a Western outlaw than his listener, which may disappoint the teenage metal fan but is a welcome caveat for those of us who would prefer a little maturity from a 35-year-old man.

In fact, heavy metal seems to be so much about posturing that it would hardly be the genre that it is without it, an especially ironic fact for those variants wont to fulminating about “posers.” It’s a poor copout when Slayer, for instance, sings about Joseph Mengele, all the while claiming to be reporting on something without endorsing it—the imagery of “Angel of Death” is of the essence of heavy metal, and it little matters who is evil, deadly, or badass, as long as somebody is, and that somebody can be sung about. Overblown phrases like “Monarch of the kingdom of the dead” don’t require a clear referent, because the posture is what the music is aiming for.

On the other hand, when Lemmy sings “Shoot You In The Back,” there is no bravado or chest-thumping; it’s not clear who we are meant to identify with, and anyway, it’s all in a movie:

The lesson here is that ethics and principles only take you so far in this world, and the lesson holds no matter what color hat we’re wearing. A basic human dynamic is tersely sketched in terms explicitly borrowed from the cinema, and no attempt is made to intimidate or bully anyone. Just don’t turn your back on the guy in the black hat, whomever that may be.

And what heavy metal band could have written or performed “I’ll Be Your Sister”? Although the title seems to indicate irony or camp, Lemmy plays it straight (in a manner of speaking!):

And whereas rock & roll is about need, longing, loss and recovery, how many heavy metal singers admit to needing anything? To being tired or lonely?

If you need me, feeling tired
Need someone to set your heart on fire
It’s so lonely hanging on the wire

Or how about being afraid? Here’s “Lawman”:

Or, in one of his many regular-guy rants against record company suits and all they represent, when Lemmy insists:

what an abyss separates this from the empty bravado of “We’ll never quit, we’ll never stop, ‘cause we’re Metallica”!
But I don’t mean to spend the entirety of my time here beating up on heavy metal. Anyway, what I want to talk about is not really heavy metal, but rock & roll, and even if heavy metal is a subgenre of rock & roll, it is still absurd to tag Motörhead as a heavy metal band. Indeed the passion for rock & roll music, inexplicable or even inexcusable to some, is a constant theme for Lemmy, something holy and all-encompassing, not simply a label or an indicator of genre, but a fundamental position, a way of life:

Don’t you listen to a single word
Against rock & roll
The new religion, the electric church
The only way to go

Or, most simply and classically:

(This last comes from a song called “Dance.” Is there any dancing in heavy metal?)

The point I’m trying to make is that there is humility, joy, passion, sorrow, love and hate, empathy and despair, in other words a full array of feeling, an undeniable humanity in Motörhead’s music. It would be tempting to say that there is a generosity of spirit there, and if I hesitate to do so, it is not simply because the phrase is such a cliché. More than that, if the name spirit has always designated the domain of ethics, reflexive reason, and the coming to self-awareness of the concept, would it not be inaccurate to speak of a generosity of the spirit? In that case, wouldn’t generosity instead be an effusion of the body? Indeed, wouldn’t spirit itself be a generous gift of the body? And, to arrive at my thesis at last, isn’t this what great rock & roll has always been about?

A view such as Guy Debord’s, which sees the role of art as self-negation, abasement before it’s own commodification and the autonomy of an aesthetic and cultural sphere divorced from life, could not be more at odds with a form that seems to allow the body to speak, which is what I am claiming for Motörhead particularly, and rock & roll generally. Lemmy seems to recognize this when he insists, “Rock & roll is not art. Rock & roll is about celebration…” This is not to say that rock & roll is not commodified, that it doesn’t sell soap, or cars, or itself. And this is not to say it manages to transcend its role as a commodity. There is no transcendence here. But what rock & roll so clearly enunciates is the body of meaning that does not itself mean anything, without which there is no meaning, or that which means without being meant. It is the body setting itself to work, rather than being set to work—not the bloody, sore body of the headbanger but the moving, living body of the bloody, sore headbanger, which makes all the difference here. If that isn’t clear enough, it’s because I’m trying to say something in the wrong medium, to enunciate in language what can’t really be brought to language. But that isn’t to say it can’t be expressed; it is expressed all the time, in the best rock & roll music. Heavy metal is for the most part a pale shadow of real rock & roll, and that’s what Motörhead is—real rock & roll.