So I saw “The Rum Diary”, a film that is based on an early novel by Hunter S. Thompson. This is a great movie to showcase the inescapable but often overlooked fact that the world that we live in is fundamentally fucked up. The movie follows the character “Paul Kemp”, played by Johnny Depp, as he becomes acquainted with life on the island of Puerto Rico during the 1950s. He has moved there from New York City in order to work for a local newspaper. His first experience with that place is a big protest-turned-riot in front of the offices of that newspaper. This is one of the background themes that runs throughout the film – the protagonist lives in an occupied land, dominated by American imperialism, of which he directly benefits from. 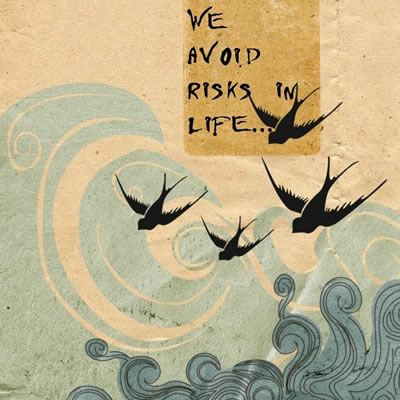 As a newspaper journalist, he is given the task of creating a pretty picture with words to inoculate the American tourists who come to the island to have a good time. These tourists are the cash cow for the local economy. They are the people who bring in the money for the whole place, and the newspaper in particular exists to serve them. As a journalist Paul is told to report and write about trivia, meaningless crap, and it is a job that pretty quickly bores him and leaves him feeling unfulfilled. On this island there are stark class inequalities and injustices, and Paul quickly comes to notice them. He wants to report on this for the paper but he is told not to. Journalism like that is simply not what the paper exists for and to print such things would jeopardize the very existence of the paper, an institution that lives a very precarious existence to begin with.

The paper that Paul works for is thoroughly corrupt. From the beginning to the end of the film it is clear that the whole enterprise is entirely rotten. The employees there are aware of this and they openly acknowledge it, but no one dares to challenge it. In order to do the kind of work that they want to do and still make a living, working with that paper is simply the only game in town.

It is a miserable and insincere existence, socially and economically, in a land that is basically foreign to Paul. Given that he comes from the American mainland and does not speak the language, the cultures and customs of the locals seem weird and exotic to him. At the same time, the natural landscape, the ocean, the forests, the beaches, are quite stunning and beautiful. This contrast between natural beauty and social ugliness exists throughout the film.

So Paul turns to drinking. Or rather, he was drinking ever since he first got there, and he remains drinking throughout the whole film. Paul originally comes to Puerto Rico in the first place because he is disillusioned and disgusted with Eisenhower-era America. Drinking helps him to escape all of the ugliness that he sees all around him. Inadvertently though, it makes everything all the more uglier. Pretty much everyone in the film seems to be drinking throughout it, and one gets a sense that perhaps alcohol and intoxication is one crucial element that helps to maintain this world of shit.

And then there’s capitalism. Paul eventually meets and befriends a wealthy capitalist landowner named “Sanderson”. Through him Paul finds a reprieve from the tedium of his established routine and a mildly interesting escape into the wonders of high-class society. He also gets to experience first-hand how vastly different life is for the wealthy compared to how it is for the majority of the people who live there. He also experiences first-hand the intense hatred that exists in people’s hearts because of the combined domination of class and imperialism.

This hatred and alcohol-induced madness eventually results in him being attacked by some locals, which then results in him getting arrested. When it seems like prison is a near certainty, he is saved by the capitalist white guy (Sanderson), but his freedom comes at a price. Essentially Paul is to be a pawn in a land grab and development scheme and his role is to provide some good PR for it. Paul never is really that comfortable with this arrangement.

Then there is the woman character, named “Chenault”. She is the wife of Sanderson and Paul is deeply attracted to her. Chenault is somewhat interested in Paul, is bored with her life as a 1950s housewife and high-class socialite, and eventually decides to suddenly leave her situation in Puerto Rico altogether. Before that happens though, Chenault at one point leads Paul and Sanderson into a situation at a local night club where the two of them are thrown out, she remains dancing there with some of the local men, and she is possibly sexually assaulted by them. That part is never clarified, and as with many things in this movie everything is shrouded with a kind of alcohol-induced haze and a prevailing sense of dissatisfaction.

That episode eventually results in a breaking point where Sanderson and Paul’s friendship ends, Chenault decides to leave, and the lack of Sanderson’s protection (social, legal and financial) then causes the law to come after Paul again. The corruption of the newspaper results in that institution finally collapsing as well, and at that point Paul decides to go rogue. He leads an attempt for a kind of workers’ expropriation and self-management of the newspaper during a critical window of time before all of the newspapers’ property is lost. It’s an inspiring attempt, but it fails.

At that point Paul is completely done with all of it. He is entirely fed up with his work with the newspaper, the situation in Puerto Rico, and the whole political/economic/social system that surrounds it all. He decides to steal a boat owned by Sanderson and to leave the island. He is a changed man, and closes the film saying:

“I want to make a promise to you, the reader. And I don’t know if I can fulfill it tomorrow, or even the day after that. But I put the bastards of this world on notice that I do not have their best interests at heart. I will try and speak for my reader. That is my promise. And it will be a voice made of ink and rage.”

Thus begins the career of the Hunter S. Thompson that we all know and love.