Deep Green Resistance: Strategy to Save the Planet

Derrick Jensen is at it again with his new book, Deep Green Resistance: Strategy to Save the Planet (2011), except this time with two co-authors taking the lead. The first is Lierre Keith, author of the book, The Vegetarian Myth: Food, Justice, and Sustainability (2009). The second, Aric Mcbay, a previous co-author with Jensen in the book, What We Leave Behind (2009) and author of Peak Oil Survival: Preparation for Life after Gridcrash (2006) and Wake: A Collective Manual-in-progress for Outliving Civilization (www.inthewake.org). Jensen an author of countless books such as a Culture of Make Believe (2004), Endgame (2006), and his new book Dreams (2011). Jensen now takes a more passive role writing the introduction and answering questions at the end of chapters. 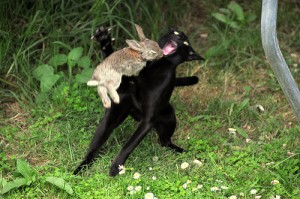 Keith and Mcbay seems to pick up and expand on the more militant aspects where Jensen left off in Endgame. “The book is about fighting back” to “save the planet” and the book completes its task for proposing a strategy, but whether that strategy resonates and speaks to people is an entirely different story. The book is broken into four sections: resistance, organization, strategy and tactics, and the future. The first and last sections are written primarily by Keith and the second and third by Mcbay.

The first section: resistance, establishes the problems and myths of civilization and goes to some depth in historical currents of resistance in history. Keith has a chapter called “Liberals and Radicals” where she seeks to distinguish the difference between the two and then demonstrates how both can operate in building social movements based on legal remedies, direct action, withdrawal, and spirituality. In this she describes a kind of socialist society she wants to build and what it ought to be like. This analysis is build on a Marxian definition of radical, Keith (p. 62) states, “[b]ut for radicals, society is made up of classes or any groups or castes. In the radical’s understanding, being a member of a group is not an affront. Far from it; identifying with a group is the first step toward political consciousness and ultimately effective political action.” A Marxist feminist current is carried into a chapter titled a “Culture of Resistance.” Mcbay ends the section with “A Taxonomy of Action.” Mcbay categorizes the different actions, omission and commission, giving a brief history on where they came from and how they functioned.

Organization written entirely by Mcbay, becomes a more technical section in laying out conceptual tools for resistance. This section beings with “The Psychology of Resistance” which lays out different psychological studies and ideas to demonstrate who, how, and how many may typically resist oppressive situations. One interesting notion was“learned helplessness” by Martin Seligman. The section continues to lay out a number different organizational models and demonstrates how different models benefit certain situations. This is followed by a discussion on decision making, recruitment, and security culture. The French resistance in occupied France and U.S. Army field manuals are a common source of reference.

The third section strategy and tactics lays out a broad plan of attack for a lethal natural environmental movement. This section summarizes military strategy and tactic from a couple U.S. Army field manuals. The strategic and tactical information is then synthesized and related to the successes and failures of different social movements and armed struggle groups. Starting from slave abolition to women suffrage, all the way to Irish Independence, the Weather Underground (WU), and the African National Congress (ANC). Then the concept of “Decisive Ecological Warfare” is deployed to bring the strategic and tactical necessity of underground cells to destroy industrial infrastructure and aboveground groups to support the underground actions while keeping a culture of resistance in mind. These ideas are explained at some depth.

The last section states the six principles of Deep Green Resistance and the need for Decisive Ecological Warfare. This section continues to tell a story of what could be and how, giving an example of these ideas in actions and the difficulties, pleasures, and hardships that could come from attacking the industrial system. And the book ends as many sections do, reminding you that 200 species died today—your inaction is complicit with ecocide.

The book contains a number of interesting ideas and includes a diverse range of material. The authors do well to expose the myths of civilization and to explain military strategy and tactic for dummies—the Hitler assassination diagram was clever. This book provides a common ground, or set of terms, to understand important methods of organization, security, strategy, and tactic. This may be beneficial to an audience ignorant to the realities of an industrial culture and power. That said, there are some significant shortcomings.

A concentration of concern exist in chapters, “Liberals and Radicals” and “Culture of Resistance.” These chapters seem to lack clarity, explanation, and fail to tie together clear ideas presented in an out of sequence structure. This continues in “Culture of Resistance” with a weak historical genealogical approach to European counter cultures. A further discrepancy is the definition of radical, stated above. This definition of radical appears shortsighted. Radical, stemming from the Latin word radix, meaning: root, the Marxian definition does not address the systemic or root issues of industrial civilization. There seems to be contradiction and confusion between the Marxist-feminist society proposed by Keith and the anti-civilization agenda of the book. The explanation of this indigenous friendly, socialist society is one notch deeper than superficial—a difficult image to paint nonetheless.

The culture of resistance and society proposed suffers from a romantic communism. Keith seems naive to power, an accusation she wages correctly against other groups, but her authoritative leftism may have unintended consequences. Keith, referring to spirituality in a “Culture of Resistance” (p.166-7) writes:

A moral code may inscribe obedience to authority throughout society or it may call us to fight injustice; we can find examples of both even in the same religious traditions….We need that new religion to help set the world right, and to nestle each human life in an unbroken circle of individual conscience and longing, communal bonding, connection to the multitude of members of this tribe called carbon….

Keith concludes in the “Culture of Resistance”section (p. 190) stating:

The task of a culture of resistance include holding and enforcing community norms of justice, equity, and commitment, and solidarity; encouraging vibrant political discussion and debate; producing cultural products—poems, songs, art—that create a mythic matrix organized around the themes of resistance; building individual character based on courage, resilience, and loyalty.

These could be words from a right-wing christian community. The specifics of this culture of resistance are not developed much past the adjectives of the last quote. There is continuous repetition of positive adjectives and little elaboration on how these cultures will develop there “own institutions”—many of that is put on the “Permaculture Wing.” The authoritative leftism thrown around is enough to turn most radicals away and discredit some of her finer points.

This brings up the examples used. Many of these social movements and armed groups are not radical in any deep sense of the word. Despite the accurate criticism placed against Permacultureists, there practice is more radical in many ways to the social movements and Marxist-Lenninist groups cited. Just because a group uses guns does not mean they are radical. These were points made it the book, but contradiction ensued. The conditions in South Africa are argued by many to be worse now than ever— parts of ANC leadership sold out to the World Bank and the International Monetary Fund almost right off the bat. Further, the demands of civil rights and women suffrage were not radical, they were reasonable demands and concessions to be accepted by capitalist society. More to the point, they talk about Members for the Emancipation of the Niger Delta (MEND), but not once do they talk about the deal the Nigerian government made with MEND for disarmament in exchange for amnesty, 1,500 dollars, and jobs. The leadership took it, and guess what? The leadership sits rich in the city while the foot soldiers still wait for their payments and jobs in a government indoctrination camps. MEND has recovered and has declared to resume attacks on June 2011, but the more complex lessons for strategy, tactic, and hardship are not taught. The authors of DGR did not even talk about the armed groups of Latin America from the 1960s to 1990s.

That said, this book is an interesting topic, but spends to much time constructing and describing what the authors thinks is a perfect society and fails to reconcile accurately the true hardship and shortcomings of armed struggle groups. Then again, the GDR manifesto is $19.95 new, not to mention $150-$500workshops, so how serious can you take the authors anyway? I recommend this book for nonprofit employees or self-identified student activists. The reading will be interesting no matter who you are, but has a authoritative leftist current that may undo the success of Derrick Jensen’s Endgame.