More than others, Anarchists seem to suffer most under the Reign of Stupidity.  Stupidity reigns, has always reigned and according to Jean Baudrillard, it is virtually a perk of holding office.  Stupidity is what he says Power does to people, as it rules over our highly complex, scientific, techno-information-society.    Jean Baudrillard died before Barak Obama was elected, but it is certain that his conceptualization wouldn’t have changed: 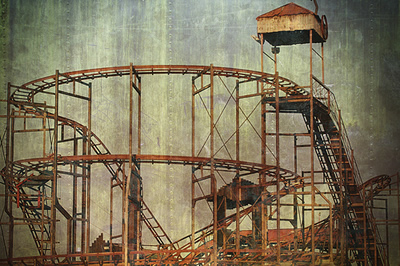 …a majority of [voting] Americans desire the presence in the White House of someone whose stupidity and banality underwrite their own conformism. The more stupid he is, the less personally idiotic they will feel…In this ‘stupid’ hereditary function, power is a virtual configuration that absorbs any element and metabolizes it to its advantage. It may be formed of countless intelligent particles, but that will change nothing of its opaque structure: it is like a body that changes its cells but continues to be the same…America will have become Black, Indian, Hispanic or Puerto Rican [and I would add Asian] without ceasing to be America… it will be all the more integrist for having become, in actuality, multiracial and multicultural. And all the more imperialist for being led by the descendants of the slaves. This is how it is. It is a paradox…” (pp.16-17, brackets mine, fj).

Throughout his life, Jean Baudrillard was concerned with the effects of Wealth/Power on the life of the mind. Nearly alone among French philosophers, he took the Situationists’ Society of the Spectacle at its word and his work is a logical extension of theirs.  For him, ‘Spectacle’ is the whole of Western socialization: as it is taught in schools; seen in films and TV; propelled in advertisement;  built in architecture; legislated in representative democracies; meted out in punishments in courtrooms and jails; researched in laboratories and forced onto others by the actions of its military apparatus.

… We may ask ourselves whether these Whites…are not already figures in a masquerade; we may ask whether they are not already caricatures of themselves, characters taking themselves for their own masks. The Whites may thus (be) said to have carnivalized – and hence cannibalized- themselves long before exporting all this to the whole world. We have here the great parade of a culture in the grip of a profusion of resources and offering itself for its own consumption, with mass consumerism and the consumption of all possible goods merely providing the most current form of this self-devouring…It is all a great collective spectacle, in which the West decks itself out not only in the spoils of all the other cultures – in its museums, fashions and art – but also in the spoils of its own culture.” (pp. 7-8, parenthesis mine-fj).

So the first part of this book is called Carnival and Cannibal.  Both words are shorthand for Jean Baudrillard’s 30 page depiction of the legacies of Western bourgeois culture.  “Carnival” is the parade of modernization: all the Western technical, economic and political values marching to the tune of evangelization, colonization, decolonization, globalization and hegemony.  “Cannibal” is the increasingly obvious sense that what is being produced by Carnival is a parody which devours itself (pp.4-11).
Everyone is ‘decked out’ in the signs of the master race, its fashion, its art, its technology, its free market, its ‘digital imperative’, but in the same moment, we falsify ourselves in our mimicry. One thinks immediately of college students and academics, of Bono, of Asian kids in German luxury cars, of “Bureau Indians”, of American puppet governments in Africa, Eastern Europe and the Middle East, of the new Billionaires of India and of course, of Barak Obama. Carnival and Cannibal are two movements of the same Westernization, from proselyte to self-parody.

The previously held values of tribe, caricole, family, religion, temple, church and zen monastery all dissolve in the Carnival’s flood of words, images, lessons, attractions and commodities.  What’s left is the human fall-out we have today, a Disneyfied, Bollywoodized, Wall Streeted and 5th Avenue’d control society with its disoriented, demented participants: everyone in their places and wanting more, unable to think differently and destroying their own environment.

The white missionaries of Wealth/Power hadn’t counted on the fact that they themselves are also their own victims. Western socio-political theory is thereby emptied out: no one (except maybe Zizek) believes in it anymore and the term ‘growth’ has a cancerous and pollutionary sense to it.  Cannibalism is a company against its employees AND its customers AND its environment (Wall Street). It is a country against the others AND its own people AND its own land (the US and the PIIGS countries). One thinks immediately of the French-Algerian rescue mission at an oil installation on 1/18/2013 which began by killing most of the hostages it was supposed to rescue. http://news.yahoo.com/deaths-escapes-algeria-hostage-crisis-still-not-over-141658716.html

Part Two of this book is 56 pages and is called “Ventriloquous Evil”. It is an address that was given in Quito, Ecuador in September 2006. Jean Baudrillard died the next spring, in March of 2007. In this part, Ventriloquous Evil is concerned with what happens after Western bourgeois cultural thought has been emptied of all meaning. It begins with an expression of the problem of ‘hegemony’ versus ‘domination’:

Domination is defined by what it is opposed to, by relations of force and internal contradictions. It is defined by a negativity, and, in order to exist, the master has as much need of the slave as the slave has of the master. Hegemony, by contrast, no longer has need of the opposite term; it does not need its contrary in order to exist – that contrary for which, unlike domination, it has no definition (which is why the concept of ‘liberation’ has no meaning for it: it has meaning only in the field of systems of domination). (pp. 35-36, parentheses in the original text).

Ventriloquous Evil is what happens when the Western “Good” wins and achieves hegemony. For those who might read this small book, it is best not to ruin it by telling the ending. Suffice it to say that Jean Baudrillard, right until his death, held out hope for humanity and he finds the solutions to these problems in the writing of Yukio Mishima and Alan Sillitoe among others – in the literature of Events. Jean Baudrillard’s symbolic realm of gift and potlatch opens a door for all of us:

There remains, also, the nostalgia cultivated by all heresies over the course of history – the dream, running parallel to the course of the real world, of the absolute event which would open on to a thousand years of happiness. The heightened expectation of the single event that would, at a stroke, unmask the enormous conspiracy in which we are immersed. This expectation is still at the heart of the collective imagination. The Apocalypse is present, in homeopathic doses, in each of us. (p. 89)