The painter and naturalist, Rosenhof travelled West, taking Route 28 out of the Carpathian Mountains via Przemysl, and followed the northerly edge of the pine forests of the Lesser Poland Voivodeship. A few minutes after the crossroads at Szymbark, he swung the rented Peugeot 206 northwards into a narrow lane that climbed steeply through another dense wood. Rosenhof stopped before a pair of elaborate wickerwork gates which he got out to open, keeping the engine running.  He left the gates open, cautiously advanced the car up the potholed drive,  and took a right-angled turn just as he emerged from the treeline. Rosenhof turned off the engine outside a brightly painted wooden chalet that was set just below the peak of the promontory. He sat in the car for a few moments watching Trakl’ s ghost  sitting on a bench drinking tea with a man he would introduce as Westermann, a postman, but who Trakl had previously described in correspondence as ‘Walser’s go-between’. 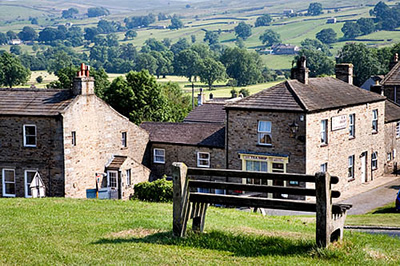 The bench was positioned to make the most of the view over the village of Grodek which nestled quaintly in the pinewoods. Trakl and Westermann were talking of an apparently unsuccessful trip they had taken to a tract of arable land east of Kazimierz in search of the elusive corncrake. ‘We did not need to see it so much as witness its voice throwing.’ ‘You would have needed to see it to judge that,’ said Rosenhof. ‘Not if we found the empty place where we thought its call had come from,’ Westermann replied. ‘But you had no luck?’ ‘Ah, it’s always the same story, the 3rd Republic, ‘89 and all that. The land is becoming a desert; natural abundance shrinks; the corncrake population is just one small crash drowned out by so many others.’

Trakl made space on the bench, ‘Tell us the news of the big city, Rosenhof.’  ‘What would you like to know? For example, you might be pleased that, as it is Spring, even in the 3rd Republic,  the white storks are still to be seen working on their nests.’ ‘Yes, but paint us a picture of the modern people, en miniature. We don’t get as far as Przemysl nowadays,’ Westermann winked, and flickered, ‘as all  our roads seemingly lead to black decay.’

Rosenhof had a talent for portraying unpredicted encounters, ‘I overheard a conversation in Przemysl concerning a countertrend in the tides of ancient Chinese knowledge. That is if you are interested in hearing of it.‘ ‘O Good son of Wittgenstein, speak of it and we shall pretend to sip more of this tea. Do you think it has gone cold yet?’

Rosenhof paused as a pair of woodpigeon rose, clapping in display, and then plunged again into the canopy that stretched out below the chalet. It was evening over Grodek and the autumn woodland rang with hunters’ gunfire. ‘I had stopped to revive myself in the Aquarium café, it’s on the north bank of the San, do you know it? I couldn’t help but overhear two very Polish followers of the Oriental mysteries who it seems were locked  in deep contemplation over certain, shall we say, incomprehensibilities. The first was puzzling over the history of Tai Chi as recounted to her by a teacher of that ancient art. The teacher had told her that Tai Chi, as a body of knowledge, once amounted to a formidable martial art but that over time  it had progressively lost its key manoeuvres coinciding with the deaths of successive generations of its masters.

‘It seems these masters found themselves caught between the demands of two indispensable and previously harmonious elements of their culture which had lately come into conflict. On the one side they understood, as is the tradition, that knowledge descended strictly through the epochs from named masters to those students they had specially selected as being worthy of it. Knowledge was only passed to the next generation of future masters via the closed conduit of the masters’ lineage. In this way, accession to knowledge reinforced the stability of social hierarchy and the ordering of the temporal universe, the past held the present tightly in its grip. But on the other side of this model, the masters discovered, or perhaps merely suspected, that a particular circumstance might cause the knowledge content  of the lineage to become dangerous to the viability of the lineage itself. And in the contradiction that thus arose between the form of established power and the knowledge content held by that power which of the two, the masters asked themselves, ought to triumph over the other?

‘The historical context of the masters’ predicament occurred in that period where the the fall of the Ming dynasty to the peasant revolt was quickly succeeded by the rapid collapse of the Shun Dynasty. The crisis took the form of a fleeting historical relativisation of the traditional forms and in particular was expressed in the temporary failure of Neo-Confucianism to fix the younger generation quite as fastly as it once had into their subjected role within the great scheme of traditional culture. Or that at least was the anxiety of the Tai Chi masters as they became uncertain as to whether they should transmit potentially harmful information to possible future enemies. Might not an inappropriate access to secret powers lead to the overthrow of the proper ordering of society? The masters decided to take the path where they had to withhold crucial moves from the young in order to retain their superior tactical ability which they might be called on to deploy in defence of the lineage, if a confrontation should later break out with their descendants.

‘We cannot know now whether this decision averted conflict or simply removed the necessity for it. But when the younger generation matured and were admitted to the status of masters, they gained access to a corrupted inheritance, into the heart of which was written their forebears’ code for withholding knowledge from their students. The lineage was no longer a conduit for supplying a legacy of certainties but had become defined, in its control of the present, by the withholding of what it knew. The new masters of Tai Chi naturally also held back knowledge from the next generation which they thought might prove most decisive in the defence of the past against the seemingly growing threat of potential corruption by the present. And as this went on, the very structures that were designed to preserve certainty became the means by which it was progressively destroyed. The major concern of the lineage passed from the conservation of what had been written before to anticipatory acts of erasure, and thus the nature of the lineage’s power was transformed.  Today, the formal lineage appears to us locked in a death clinch with the content of its own legacy. And its knowledge, its raison d’etre, has been lost forever.’

‘Where inheritance dominates social relations all improvisation is absent,’ Westermann said, ‘the adherence of the Tai Chi masters to the formality of an unbroken lineage excluded the possibility of developing  innovative new moves which might have renewed it in the face of external challenges. They, perhaps not mistakenly, thought novelty of content would undermine the formality of the lineage itself. It is a classic example of the question successful traditions are set by changing external conditions and how they tend to respond against their own interest.’

‘But that is not the point of the story,’ said Rosenhof, ‘which is not really about the to and fro between Neo-Confucianism and the Chinese Imperial Examination system but concerns our two friends in the café. You have not yet heard what the other said in reply. In stories such as mine, credulity always seems ridiculous so I think you will find this provocatively amusing. She had listened to her friend, perhaps with dismay, perhaps without concern. But in response she said simply, and in a lofty and mysterious tone which allowed for no further discussion, ‘But the secrets have not been lost.’‘

‘Ah yes,’ Trakl said, ‘the secret knowledge has been preserved but secretly. In fact, I think I can go so far as saying that we lost souls emphatically demand that the Chinese have not lost any of their secrets.’ Westermann joined in, ‘If we don’t yet understand their science, that is because we have not reached the place where its secret might be revealed to us. The certainty of the Unknown sets minds at peace, the quest of the spirit is affirmed and a certain fragment of café society may continue to distract itself with the ornate embellishments of café truths. And speaking of truth, we assume the veracity of the teacher’s account… but in the mirrored kingdom which is traditional culture, the original potency of this knowledge, and the account of its loss, might only perform the function of a creation  myth which explains the directly experienced ongoing reduction of today’s lesser men.’

Westermann paused for a moment and then said, ‘But this reminds me somewhat of a story my grandfather told me. He was employed in Kiel as a machinist in the shipyards, and at the turn of the century, job insecurity coincided with the constant revolutionising of the means of production. No sooner had he mastered the techniques associated with one machine, than the whole plant was stripped out and a new line was brought in to replace it.

‘My grandfather was not an educated man and he was well aware how his position was vulnerable to younger, better trained but cheaper workers. At some point he encountered the idea which I suppose occurs to every other worker in the same situation… he took advantage of being transferred to a more specialised section on the line, memorised the manual for the machine he worked on and then destroyed the manual. In effect he became the only man in the factory who knew how his machine worked and if anyone was directed to be trained on it then he was the one to do the training but listen to this…’

‘He only trained them up to a point, and withheld vital information to keep his edge and so preserve his job,’  said Rosenhof. ‘Voila, the end of the story. And now, the night surrounds us.’  Westermann seemed to pour his gaze into that of Trakl who scanned the black sea of trees below them, ‘A sister’s shadow sways through the still grove…

‘You say they are building their nests again? The white storks. In Przemysl?’ ‘Yes, as they always did, and no doubt in Kraków too,’ said Rosenhof. ‘But recently they have been seen, for the first time, also to be scavenging in the rubbish dumps at the edge of town.’