In its look, organization, and some of its concerns, the recently published pamphlet Hello could be a distant echo of the Call, which is now ten years old. From this we might surmise that there is an intention on the part of its author to update the Call, to modify its position, or at least to echo its rhetorical force and its anonymous spread. I do not think Hello can be reduced to a repetition of or response to the Call; but the connection allows for some context for Hello. 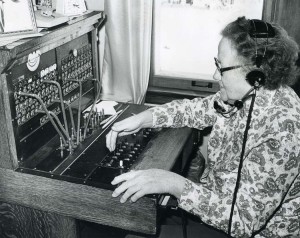 One way to discern the positions at work in Hello would be to consider how it might be connected to the texts gathered in the 2011 collection Communization and its Discontents. I will not be the first to note that the Call, Tiqqun, and especially anyone moved or excited by reading them appear as the proximate enemy in the pieces in the first part of that collection, especially the prominently placed “What are we to do?” by Endnotes. There is probably but one text in the rest of the collection that presents any of the above-mentioned in a positive light. There, are, of course, details and debates as to how the various writers involved and invoked in the collection conceive communization, but, at a macro-level, the first lesson of the “communization debate” as framed here seems to boil down to grasping that it is Call/Tiqqun/their fans vs. everyone else. Once that distinction is made, the debate may proceed with due seriousness. The entire collection may perhaps be seen as a corrective that attempts to respond to enthusiasm for the Call and Tiqqun’s writings, as they gain increasing prominence in the US (and perhaps the Anglosphere generally).

Due to its family resemblance to the Call, Hello will be perceived as being on the “Tiqqun side” of the communization debate (considered in its macro form). Its writer may have taken this into account, since Hello will frustrate those who share the position elaborated most prominently by Endnotes in Communization and its Discontents.

Call and Hello both set out from an analysis of the situation: not the constructed situation, but what can be known in one’s everyday life. Though Hello does not use this term, it discusses the communicative (or usually non-communicative) situations of everyday life from the title on. Their skepticism is first of all a skepticism about communication and connections with others. Beginning from the situation, the Call advances to organization, to communes; Hello proposes, after its relentless questioning of all social and political life, including friendship, moralism, organization, and representation, what it calls “commitment to commitment.” This phrase seems to refer to a moment anterior to forming a position; it is something more on the order of a criterion concerning positions. That said, one can discern positions in Hello despite the lack of familiar jargon. And in these positions we might locate, not so much a new contribution to the “communization debate” as a strange response to or intervention into it.

First, Hello has an individualist/egoist streak that is illegible in terms of the positions set out in Communization and its Discontents as well as the Call. Hello evidences this in its concern with moralism as well as in its reiteration of the classic egoist’s troublemaking stance that one is free to leave a project at any time. One is reminded of the way Debord dismisses individualist anarchism out of hand in Society of the Spectacle, even though the individualist/egoist practice of joining and leaving groups more or less at will (announced as far back as Stirner) provides a glaring contrast with and problematization of the problems of all the groups and parties Debord criticizes in the long fourth chapter of his book, but also, pre-emptively, of the workers’ councils themselves, well before Théorie Communiste or anyone else pointed out that they retained the form of capitalist management, merely swapping out the managers.

Second, Hello also has an even more prominent nihilist position, evident first of all in its silence concerning organization and utter skepticism towards representation and all political forms, parliamentary or extraparliamentary. Not to speak of the business about everything and Everything! This nihilism appears somewhat more subtly in its “corrosive” skepticism about historical justifications and explanations (though Hello contradictorily indulges in some of that in first proposition and elsewhere): this includes the sorts of periodizations all marxists and most communists engage in. Conversely, what is more certain in Hello, namely, the communicative situation or its impossibility, their immediate surroundings and personal relations, will seem trivial for Endnotes and company. For Endnotes such evidences amount to “the self-affirmation of a self-identifying radical milieu.”[1] On the other hand, given the fact that it is so critical of everything from the individual’s comfort in belonging (to a couple, for example), to crews or groups, to subcultures and, yes, milieus, could one not say that Hello has absorbed this critique, and opted for a highly skeptical relation to the milieu rather than its infinitely more vague alternatives?

This last issue is perhaps the crux of the “debate” from the point of view of Hello. The pamphlet does seem to advocate some version of friendship and perhaps, as “commitment to commitment,” some version of adherence to the milieu (though it never uses this term positively). This as opposed to… the mysterious mass deployment of communizing measures by the soon-not-to-be proletariat. But it will be difficult to associate Hello entirely with Endnotes’ real or imagined antagonists, because it does not advocate sharing, withdrawal, or making communes in any way. Hello is openly anti-political, and there is nothing of what Endnotes refers to as “alternativism” in it. (“Alternativism” is defined as “practices which aim to establish liberated areas outside of capitalist domination.”)

For Endnotes, the Call falls into the trap of not naming capitalism in favor of “an ill-defined generic nobodaddy (capitalism, civilization, empire etc.) that is to be undone by —at the worst points of Call—the Authentic Ones who have forged ‘intense’ friendships, and who still really feel despite the badness of the world,” and not discussing a praxis at the level of the totality. The same criticism could be leveled at Hello, with its playful opposition to everything/Everything—but this leads to the oddest thing about it. It begins in agreement about the second point, deeply questioning friendship and communication, and then precariously reconstructs them at the end. This could be because more than capitalism is at stake. Could this be the third and most subtle position at work in Hello, an unstated but influential green or anti-civilization perspective?[2] From this point of view Hello might be suggesting that something greater than what any history or periodization could name is at stake. Perhaps for them nothing is comprehensible at the level of the totality; Everything is by definition ill-defined. (From this point of view one could even interpret the references to an Outside and especially the conclusion of Hello as mysticism.)

Hello is, in the realm of manifestos, minimalistic: it only calls out what its author says they have done, and greets others from that situation. Its apparent positions are ways to maneuver towards that greeting. Its attractiveness, its potential success, is that it requires less belief (and, incidentally, less study) than the positions of Endnotes and company to be entertained. But is the author totally skeptical about mass action, or do they just see what they are doing as so separate from such events that they prefer not to comment on them?[3] One might say the Hello position is one so skeptical that it is not disposed to talk about mass anything. It remains concerned with the communicative situation itself, and how we are bound or unbound in it (the entire matter might be described as a bifurcation between two uses of the prefix com-; one might instructively consult the respective etymologies of commune and commit).

[2] The title Communization and its Discontents echoes the well-known title given by James Strachey to his English translation of Freud’s pessimistic Civilization and its Discontents. The German title of the latter might more literally be rendered The Uneasiness in Culture. This uneasiness, Unbehagen, manifests sometimes as a guilty conscience, sometimes as inexplicable anxiety, and is, Freud proposes, something like the price one pays for belonging to Kultur, civilization. Well, Hello seems concerned precisely with that feeling of uneasiness, guilt, or anxiety; its anti-politics perhaps begins there, perhaps, in a refusal to carry on as though that feeling were not there.

[3] The same question could be asked of the non-connection between communization theory and communizing measures, at least according to the usual predictions on who might undertake the latter.

7 thoughts on “Notes on the Context and Positions of Hello”