Architecture, for all its aspirations, is usually far too dated. Even for the untrained eye, it is easy to spot when most buildings were designed. And yet, after the luster of newness fades, architecture still casts its long shadow on the future. It is on each side of this phenomenology of time and structure that the Situationists and their inheritors lie. The Situationists, enraptured by rapid mid-century urbanization, tore up cobblestones to find the beach beneath the streets. But after all that work, the beach was not paradise but a desert, and so they turned their rage on a deserving target: the police. Yet today, the life of the Situationists is not on the streets, but has been ossified into wooden art objects and thick academic tomes. 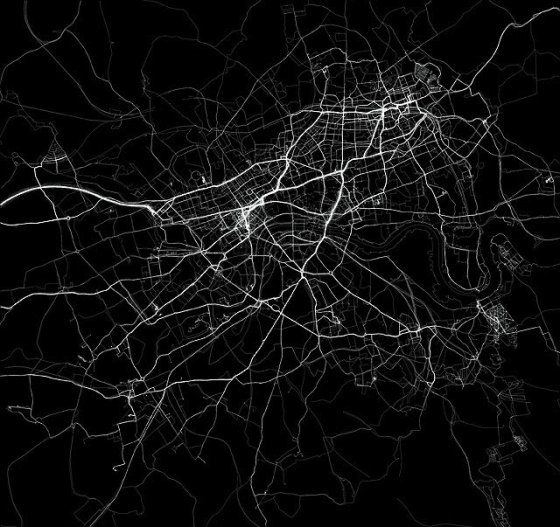 Laura Oldfield Ford’s Savage Messiah, an anthology of the ‘zine that the Londoner published from 2005-2009, runs Situationism in reverse. It is like that dumb joke about what happens when you listen to a country music backwards – the cowboy gets his pickup, dog, and wife back. By the end of Savage Messiah, the utopian impulse of Situationist urbanism returns while the city is smashed, and even the police seem to fade into mere afterthought. The legacy of Situationism is obvious in Savage Messiah, as Ford explicitly names her project a dérive, the Situationist’s psychological exploration of the subjective experience of urbanism, and passages from situationist-related writers, theorists, and urbanists (Baudelaire, Bataille, Benjamin, Simmel, Ballard, Deleuze, Negri) are peppered throughout the text. But even more generally, the book offers a picture-perfect rendering of Situationist psychogeography because it presents a journey through a city that is too full of discontinuous times, spaces, and images to ever fit on a map.

Savage Messiah begins where the original Situationist International fell apart; the cover depicts riot cops emptying out whatever space might still exist outside dilapidated 60’s estates. This is disorienting at first, as the zig-zag history of architecture that structures the narrative hardly provides a stable set of reference points. Yet one needs not be from London to get the book. And perhaps it would even be best to never have been there at all. This book is better for swimming in than reading. Once the reader crosses the thick black edges that define the book’s own private world, Ford’s images, thoughts, and language remain only partially penetrable. Cut up and pasted side-by-side are many hand-drawn portraits, lists of punk shows attended or d’n’b songs overheard, occasional histories of revolt, stories of quick trips to a bar or flat, photos of empty hallways, recollections of strong smells, cleverly detourned graft slogans, shots of towering buildings, and many tales of being kissed by a new acquaintance. Despite the richness of the world presented, however, it would be a mistake to look for the numerous strands of the book to form a totality.

Rather than providing a fully-knowable totalizing perspective, the seemingly disconnected pieces of Savage Messiah make up an immersive environment that expresses the subjective experience of the city: alienation. The ideal reader is then an outsider. Replicating the experience of walking down the street, the book recalls times and places you have not experienced and never will. Its many people are strangers that you will never meet. Yet being alienated from this nowhere that is populated by nobodies does not produce a non-experience, but in fact, it presents the exact form of experience that dominates modern life. Run-ins and strange connections still occur during encounters with other alienated beings that drift through an environment beyond their control, but these unions are always temporary and feel more like an ongoing series of accidents than cosmic fate.

Yet the alienation of living in a shitty flat or being stuck in the rundown part of town is not something that the book laments. However, it is not something that the book celebrates or protects either, as Ford heaps out disdain for both yuppies lording it and encroaching Olympics 2012 development. Rather, the alienation that comes with city life is presented as fact, though that fact also bears an accompanying range of feelings and urges. Boredom, aimlessness, excitement, frustration, and rage become creativity, exploration, pursuit, destruction, and violence. And this potent mixture is neither more natural nor more inauthentic than mixes found elsewhere, whether it be in the heat of the factory or in wild country air. Rather, these feelings are simply how it is and the question question is only how to put them to use.

Savage Messiah is not without its commentators and critics. And in this regard, Ford’s work suffers a fate similar to the Situationists. On the one hand, the book gets accused of failing at dull stale leftist tasks. But it would be idiotic to read it as a field guide with organizational schemes (for it has none), or worse yet, to vulgarly reduce its richness to a rhetorical screed against gentrification. And on the other, the book gets reduced to art object or documentary archive that simply preserves forgotten or marginal aspects of the city for display. What both these interpretations miss is the purpose of Ford’s text: to fashion crumbling architecture into missiles and barricades. London is not to be saved from the developers but transformed into a punk war machine that screams “Estate Agents! Up against the South facing wall!” as it steamrolls through fascists.

It takes time in Ford’s boozed voyages past various people and places to build up a clear notion of what she finds beneath the city streets. But as the book begins to close, Savage Messiah is clearly set on its warpath. After an exhilarating description of riots, the book ends with a photo of Ford and her crew that is followed by a long coda of pitch black pages. In the final picture, a man casually stands over an upended monitor in triumph over The Spectacle, another two pick up a sofa as if moving it the barricades, and Ford poses in the foreground with a molotov cocktail in hand. The message of the image is clear. But what do the fully-saturated pages at the end suggest? A future too dark to depict? A future more rich than images? Or a future yet to be written?